THE FIRST AIR WIND TURBINE IN THE WORLD
Wind currents above skyscrapers are stronger and more constant than those at ground level. The idea of a wind turbine suspended in the sky came about by trying to take advantage of these wind currents. It is a hollow cylinder, inflated with helium and with a wind propeller inside that takes advantage of the force of the wind. The world’s first aerial wind turbine was installed in Alaska in 2014. Operating at a height of 300 to 600 meters high, where the wind blows much stronger, the turbine can produce up to 20 times more energy than a conventional turbine.

BIOMASS AND WIND ENERGY, THE WORLD OLDEST RENEWABLE ENERGIES
Renewable energies are the first energy tools that man has used until the Industrial Revolution. Referring to the use of biological material in order to produce energy, we can say that biomass is the world’s oldest renewable energy since humanity discovered fire. Wind energy is also one of oldest renewable energies of our history and we have taken the best advantage of it: boats that sail through the wind (sailing boats) to navigate rivers, seas, etc., windmills to grind grain or remove water from the wells, etc. Now they have been transformed into windmills connected to turbines that generate energy.

CHINA LEADS THE RANKING OF PHOTOVOLTAIC GENERATION
The country has the largest mixed hydro-solar technology plant in the world. It is located in Lomngyangxia, Winghai province. It has a capacity of 1,280 MW of power and is expected to supply 483 Gwh per year to China’s electricity grid. In December 2015, the second phase of 530 MW was completed, in addition to the 320 MW phase one. They add up to a total of 850 MW that make Lomngyangxia the largest photovoltaic plant in the world.

THE FIRST FLOATING WIND TURBINE
energías renovablesThe first floating wind turbine in history was installed on the high seas, 12 kilometers off the coast of Norway. It was a prototype of a marine wind turbine tied to the bottom by three cables.
The intensity with which the wind blows on the high seas made the engineers see the wind power as a great alternative to the consumption of fossil fuels.

The structure is held on the water by a series of large buoys that allow it to move, preventing it from falling or sinking. The turbine is anchored by three very thick metal cables and there is a part of the submerged design to stabilize it. At present, the first marine wind turbine installed in Spain will be implemented in the Canary Islands on May 2017.

ONE OF THE MOST EFFICIENT HOMES IN THE WORLD IS IN IBIZA
energías renovables
It is a 210 square meters home that is self-supplied by photovoltaic solar energy. It does not need to be connected to the public electricity grid or supported by a diesel generator. The energy supply for the home comes from 100% renewable sources. 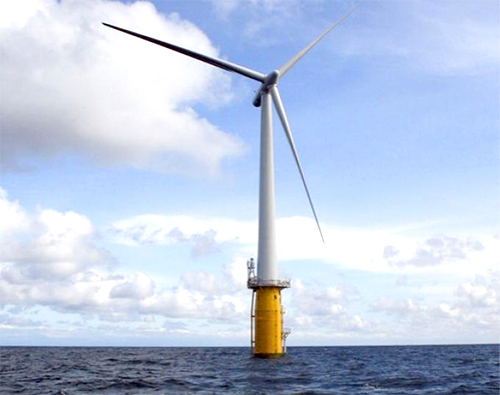 The installation of solar PV in this housing, equipped with an accumulation system, is capable of supplying it electricity even on cloudy days. In addition, it has aerothermal for air conditioning and heating and cooling water. It also has a cooling summer roofing technology, as well as a heating battery for the winter.

Do you want to know more about the? Development of projects of renewable energy? 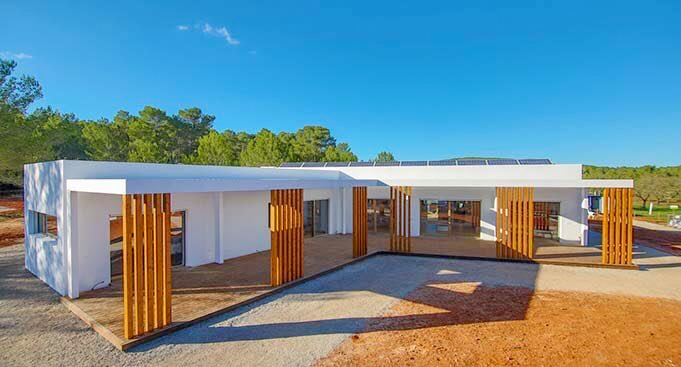 You can find out more about which cookies we are using or switch them off in settings.

This website uses cookies so that we can provide you with the best user experience possible. Cookie information is stored in your browser and performs functions such as recognising you when you return to our website and helping our team to understand which sections of the website you find most interesting and useful.

Strictly Necessary Cookie should be enabled at all times so that we can save your preferences for cookie settings.

If you disable this cookie, we will not be able to save your preferences. This means that every time you visit this website you will need to enable or disable cookies again.

This website uses Google Analytics to collect anonymous information such as the number of visitors to the site, and the most popular pages.