What advantages do we find in renewable energy against fossil fuels? For thousands of centuries we have used fossil fuels such as coal, oil and natural gas in the day to day of the humanity. But these resources are limited, and with them we pollute the environment. Are then renewable energies a viable alternative to their use? From Bester we believe and are convinced that so it is.

FOSSIL FUELS
Fossil fuels emit into the atmosphere huge amounts of CO2 during combustion. They are the main cause of global warming and they are causing serious damage to the environment. Global warming is one of our great enemies, mainly enemy of the future of life on Earth.

Nowadays we still mainly use fossil fuel. The production of energy in the world comes, approximately 86% of fossil fuels.

It is estimated that fossil fuels will expire approximately in about 200 years, although it is difficult to estimate the actual date of his exhaustion.

Many scientists agree on the idea that both the discovery of new deposits of hydrocarbons and their extraction follow a trend that shows the following figure, known as the theory of the Hubbert peak, theory about the rate of long-term depletion of oil, as well as other fossil fuels. 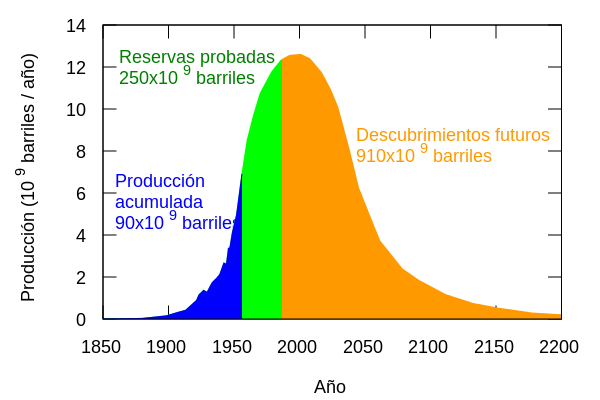 The Hubbert theory indicates that world oil production will reach its peak and then decline as fast as it grew. It also says that the factor limiting oil extraction is the energy required to extract it and not its cost. I.e. When you need to consume an energy equivalent to a barrel of oil or more to get that same barrel, production is not profitable and the site in question is abandoned. What alternatives do we have?
THE SOLUTION IS IN THE RENEWABLES.
Renewables are inexhaustible natural sources, such as wind or Sun. They are therefore much more respectful with the environment. Unlike with fossil fuels, non-polluting and represent the cleaner alternative to the use of them. They do not generate greenhouse gases.

Photovoltaic energy is a source of energy that produces electricity from renewable sources. It is the direct transformation of solar radiation into direct current electricity. Solar radiation is captured by some semiconductor devices called photovoltaic cells, which have the property of absorbing photons of light and emit electrons. When these free electrons are conducted an electric current is obtained which is understood as electricity. Therefore, photovoltaic energy is a renewable energy because it comes from an inexhaustible source of energy, the Sun. It is also a clean, sustainable and free resource.

Wind energy is obtained from the wind. It is one of the oldest resources that mankind has used. Using wind energy managed to convert the energy produced by wind turbine blades thanks to the force of the wind into electrical energy, wind turbines convert the kinetic energy of the wind into mechanical energy. It is an inexhaustible source, that does not pollute, and contributes to sustainable development.

Other energies such as biomass, biogas ,solar-thermal and mini-hydraulic systems complete the roster of renewable energy source .

If you are interested in being part of the process of change towards renewables, in Bester we can help you. We are dedicated to the development, installation, operation and maintenance of solar photovoltaic plants and other energy transformation systems using clean sources such as biomass plants and wind farms.

You can find out more about which cookies we are using or switch them off in settings.

This website uses cookies so that we can provide you with the best user experience possible. Cookie information is stored in your browser and performs functions such as recognising you when you return to our website and helping our team to understand which sections of the website you find most interesting and useful.

Strictly Necessary Cookie should be enabled at all times so that we can save your preferences for cookie settings.

If you disable this cookie, we will not be able to save your preferences. This means that every time you visit this website you will need to enable or disable cookies again.

This website uses Google Analytics to collect anonymous information such as the number of visitors to the site, and the most popular pages.